Whilst the Premetz analysis is able to provide a good fit to the whole of the raw data in the majority of cases, occasionally it is unable to fit a whole curve. If the model cannot achieve a goodness of fit R2 ≥ 0.9993, Premetz is forced to invoke a second model.

It has been found that metal containing a high number of fine particles (such as carbides or borides) will show a much increased resistance to flow through a Prefil filter than metal containing an equivalent volume fraction of larger inclusions. Furthermore, the fine inclusions only make their presence felt in the latter part of the test as the cake on the filter builds up in thickness.

A typical curve showing this behaviour associated with fine inclusions is shown below. The basic Premetz model is able to analyse the first part of the curve, but after ~0.6kg of metal has flowed, the flow rate starts dropping dramatically.

These sorts of Prefil curves can be analysed in two sections. One possibility is that during the first part of the test the filter is being “conditioned” by larger inclusions, such that it becomes a suitable substrate to collect a cake of the fine inclusions.

The figure below shows this 2-stage analysis applied to data above. The first part of the curve is used to define the filter permeability. The upper and lower parts of the curve are analysed separately, and an average MC value displayed. 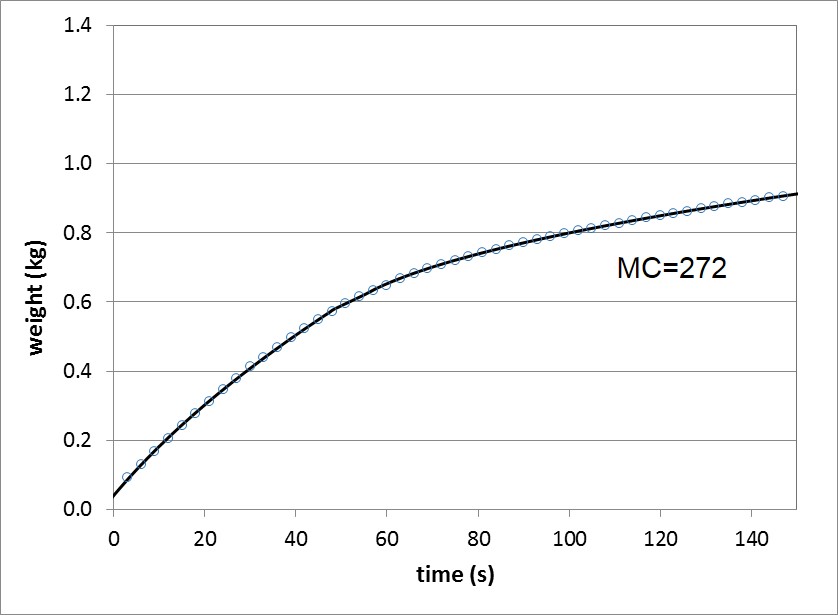